"A $500 House in Detroit" starts with Drew Philp at an auction trying to buy an abandoned home and the two lots next to it. He ends up winning the auctions for $500 each and the excitement builds before he takes a weird U-Turn and starts preaching about his democratic (far left) politics ending the first chapter with President Obama's campaign slogan "Yes we Can".

The life ponderings continue as he gets to know the city by exploring off the beaten path meeting the people who first took a chance on Detroit. One such person is his friend Will from Polltown who owned an abandoned house which he purchased for $3000 and was rebuilding from salvage found around the city.

Soon Drew joins a group of people all hoping to rebuild homes in the same neighborhood. He calls his house the "Old Queen Anne" and it was just short of being a teardown with basically everything that could be busted, busted.

He moves into the house and works on it when he isn't at his minimum wage job. Most of the winter he lives with little or no heat and showers at the neighbors house as he tried to rebuild this house without any money.

Supplied didn't often come from Home Depot, but instead were harvested from other houses. In one instance, he takes the front door from the house across the street. In another, he takes door knobs from the house next door.

Another item he "found" was the beam used to support the second story of the house. It was salvaged from a caved in former glass-recycling factory in town. It took a team of neighbors to get it into the house and in place.

Drew redefines "do-it-yourself." He literally did everything himself including plumbing and electrical (all without permits!). Which makes me wonder about building codes and the quality of the housing stock in Detroit. He doesn't seem to be alone in this type of project.

Perhaps the most shocking item he made himself was the chimney! He found the bricks in the road, read a book at the library, and got to work. Impressive!

Overall this book was interesting. I would have preferred to hear more about the house and less on his views on racial inequality in the city, but if you can get past all the preaching, it is a well written and entertaining book.

Biggest Takeaway: Drew didn't know how to do much of anything when he started this project. He learned by reading books at the library, requesting the help of others, and watching how-to videos on Youtube. If he can do it, maybe I can too!

March 01, 2019
Subject: The Insider's Guide to Private Lending The Insider's Guide to Private Lending: How to Earn Safe and Consistent Returns in Any Real Estate Market. by Jeff Levin Jeff, a former mortgage banker, decided to get involved in private lending when the crash came in 2008. He saw a unique opportunity to lend to qualified investors at a time when they couldn't get money from other sources. In the decade since he has perfected his system for private lending which is presented in this book. This book is designed for anyone looking to start their own private lending firm.  He starts by discussing the "five good reasons why" private lending would make a great addition to your portfolio. They are: 1. Returns - because private lenders can act more quickly than traditional banks, they can charge more. This can be up to double or triple what a bank would earn.  2. Convenience - there are lots of ways to invest in real estate, but many a
Read more 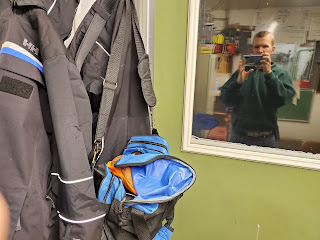 Financial Freedom with Real Estate Investing: The Blueprint To Quitting Your Job With Real Estate - Even Without Experience Or Cash by Michael Blank is both a ‘how to’ and a bracing bit of financial self-help.   Michael Blank, according to his bio and the book’s introduction, is an ex programmer, would-be restauranteur and a seasoned investor who’s lived both near catastrophic failure and phenomenal success. He sets out a strong case that for those looking to retire from their jobs and live on passive income from their property, multi-family apartment blocks provide the most time and cost-efficient solution, relative to flipping single-family homes. Blank then both guides and cheerleads the potential novice property investor through his three-stage process: 1. raising the funds for that all-important first deal, without relying on personal savings, 2: How to interact with brokers as a serious buyer and build the right team of advisors or coaches, 3. Rapid analysis of potentia
Read more